Edible Alaska will host a Welcome Reception on March 2, from 5-7:30 pm, at Alice's Champagne Palace, on Pioneer Avenue.  Edible AK will provide beer and wine registrants.  Dinner is on your own.

Keynote Kathy Zeman's Address is "Data Collection for Farmers Markets." She will present a post-conference lecture on "Best Marketing Practices at Farmers Markets," tailored more towards vendors, on March 4.

In 2003 he started commercially farming specialty crops in Palmer Alaska.  In 2006 Director Keyes founded the South Anchorage Farmers Market which today is recognized as one the most successful farmers markets in the State of Alaska. Director Keyes is a former president of the Mat-Su chapter of the Alaska Farm Bureau and has been a leader in multiple farm organizations.

is both an organic farmer and is in charge of the state Farmers' Market Association in Minnesota. She runs her Simple Harvest Farm Organics with her brother, Nick.  As operations manager for the Minnesota Farmers' Market Association, Zeman has led public policy efforts in getting two laws passed in Minnesota to increase the profitability of vendors at farmers' markets. Additionally, MFMA has increased its educational efforts to ensure the 'thrivability' of vendors and farmers' markets across the state.

is the Executive Director of the Washington State Farmers Market Association (WSFMA). He’s been involved with farmers markets in Washington State for the last 20 years, beginning as a vendor with his own organic vegetable farm, then as a board member and from 2009-2015 as the director of Port Townsend Farmers Market, one of the largest small town markets in the country. Somewhere in the middle of all that Will co-founded both Finnriver Farm and Cidery and Mt. Townsend Creamery. In 2012 he was named Young Entrepreneur of the Year by the Jefferson County Chamber of Commerce. Before becoming ED of the WSFMA, he'd served as board treasurer from 2012-14 and as Interim Operations Director from July-Sept 2016. Will paid for college by spending summers drawing caricatures at Six Flags Great America. Don't ask him to draw you. His current favorite vegetable is radicchio.

Amy Pettit was raised on a 2000 acre cow-calf operation on the Southern Oregon Coast where four generations of her family have raised premier beef cattle. Amy graduated from Oregon State University with a Bachelors of Science in Agricultural Business Management. She was imported to the State of Alaska by her husband, who was born and raised in Palmer. Amy started as a summer intern with the State of Alaska, Division of Agriculture in 2005; she began managing the Marketing & Development team in 2009 and was responsible for facilitating the Alaska Grown program, a number of different Federal and State grant programs, as well as a wide variety of industry outreach. After 10 years at the Division of Agriculture Amy left State employment to become the Executive Director of the Alaska Farmland Trust in August of 2015.  Amy has been a Governing Board member for the Alaska Food Policy Council since it’s inception in 2010.

Danny Consenstein served the last 8 years as the State Executive Director of the U.S. Department of Agriculture, Alaska Farm Service Agency. He has over 30 years of experience helping Alaska small economies grow and thrive. As a board member of the nonprofit Alaska Food Policy Council he is continuing to build stronger food systems and healthier communities in the state of Alaska. He is also an avid backyard gardener and part of a commercial fishing family.

Mary Smith is the Editor (and publisher, along with her husband David Whitmire) of Edible Alaska, a free quarterly print magazine (and website) focused on Alaska's amazing food scene. Prior to launching the magazine, Smith and her husband ran a freezer troller out of Sitka.  Learn more at www.EdibleAK.com

Erin Fahsholtz is the WIC Farmers’ (FMNP) and Senior Farmers’ Market Nutrition Program (SFMNP) Coordinator and a member of the National Association of Farmers’ Market Nutrition Programs (NAFMNP) Board of Directors.  Erin moved to Alaska in 2009 from central Washington where she grew up picking apples and cherries from property owned by family and friends.  She is a huge supporter of locally grown produce and as a mother of two-year old son, encourages Alaskan families and seniors to eat local by redeeming program coupons for produce sold by WIC authorized farmers.

I have been working for the DEC since 2013.  In addition to everything Mel mentioned I might also say that I’ve really enjoyed working with local producers and entrepreneurs on safely getting their food products to markets and consumers.  In my spare time I am also a fledging gardener/chicken farmer.

Alaska Stems is a locally-owned flower farm and design studio located in Homer, Alaska. Rachel and Ben grow over 40 varieties of cut flowers for sale at local markets and for use in Rachel’s natural and elegant designs for weddings and events. Our flowers can be seen at businesses around town, at the Homer Farmers’ Market, at weddings and special events.  Rachel previously oversaw Cook Inletkeeper's clean boating and clean harbors efforts, working with boaters and harbormasters around Alaska on waste management and pollution prevention efforts. She also spearheaded CIK’s Safe Drinking Water and Electronics Recycling programs, and coordinated the last five years of the Citizens' Environmental Monitoring Program. Rachel serves on the Homer Farmers Market Board of Directors

I’ve been working at the Department of Environmental Conservation since 2008. My job includes permitting and inspecting restaurants, manufacturing plants, shellfish processors, pools, tattoo shops, schools, daycares and institutions. I enjoy working with operators to implement food safety programs in their facility’s. The Soldotna field office area covers the entire Kenai Peninsula plus the Cook Inlet to include the platforms and Kachemak Bay.

The Alaska Rural Rehabilitation Corporation (ARRC) was incorporated in 1935 under the laws of the territory of Alaska. Today ARRC continues its mission to help farmers statewide, making loans to farmers and others involved in agricultural pursuits. 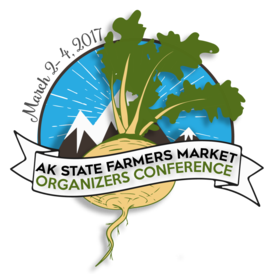